Table of Contents:
Update: Jul 16, 2021
Josh (Ofer) Baazov and his brother David Baazov finally reached social esteem and got their own press release in Forbes. However, David draws most of the attention to himself even in the article. But this is understandable: firstly, this is his work, and secondly, Interpol needs all the photos of Josh for "WANTED" posters. It seems that the Baazov brothers are again at the peak of fame because, in addition to Forbes Media, they received the attention of California News Times and The Santa Clarita Valley Signal.

Gospel 1: The Story Of Josh Baazov. Crooked As A Barrel Of Fish Hooks

“The Sweeter Ofer the Bitter Offer” 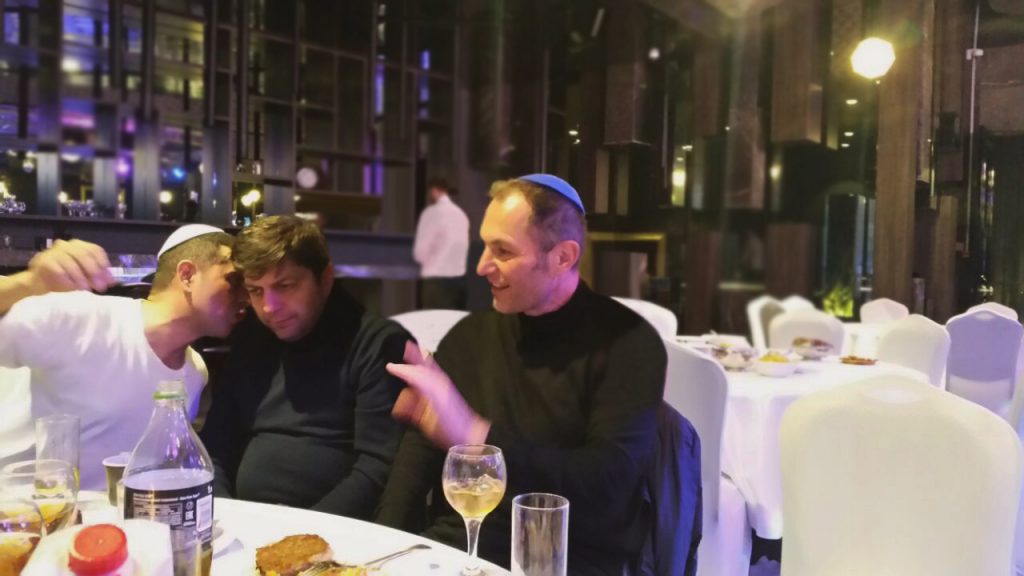 The story of the most self-exalted person in the history of online gambling begins in Gori. It is a tiny city in central Georgia where Joseph Stalin was born. This land of bloody political and religious clashes became the place of birth for Ofer Baazov. In the times after the Second World War, Gori city was a shelter for the community of Orthodox Jews. But relations didn’t work out for the community and Ofer's father, Joseph. This man used to mix the flour with starch and soak salt for sale by weight. His unscrupulousness became the reason why he was forced to leave by the community whose root principles were integrity and cohesion. Thousands of Jewish families left Gori for a better life in Israel in the period of the 60s and early 70s. Joseph Baazov and Sara Elishakov, with their young son Ofer, were forced to join the exodus. 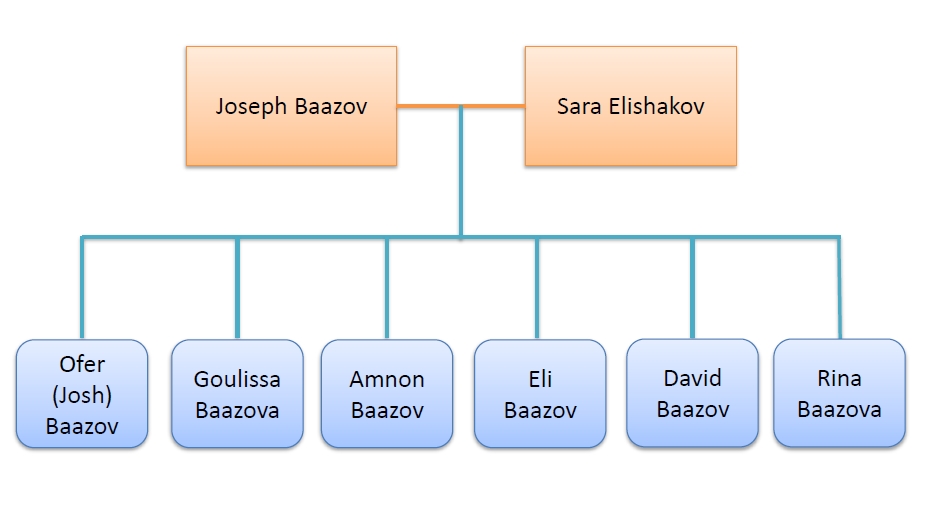 The northern port city Haifa became their shelter in Holy Land. In the period of Israel's residence, there was a new replenishment to the family: a daughter Goulissa and three sons: Eli, David and Amnon Baazov. Joseph Baazov was fishing for the opportunity to get into the orthodox Jewish community in Israel to gain its support and use it for his own purposes. After he finally succeeded, the Baazov family headed to the promised land – Canada.

The move of the Baazov family to Canada was shortly after the birth of the youngest son David. Joseph, Sara and their children arrived in Montreal in the 1980s. They had no money for living and got full support from the orthodox community for food and housing as Joseph planned beforehand.

In the 1990s, there was another family replenishment to the Baazov family – the birth of daughter Rina. At the same time, Joseph, a construction worker and electrician, somehow got enough money to buy a split-level house. It was located just on Place des Fleurs, part of a small working-class enclave in Dollard-des-Ormeaux. It was just in a few blocks away from what was then called Montreal-Dorval International Airport.

Never underestimate the father’s influence on the life principles of a young man. The key role for Ofer Baazov was played by his father, Joseph. Joseph was confident in his profession as an electrician to incorporate his own company. Judging by the name of Joseph’s company, it is easy to see the roots of his son’s grandiose ambitions. The company was called the same name as one of Georgia’s highest mountains – Kazbek International Inc.

Roaming through so many countries in the days of his youth made the family’s oldest son, Ofer Baazov, a broken man without a motherland. Born and raised in poverty but with the king’s ambitions, he was constantly chasing for “easy money” and luxurious life. That was the exact moment when he started a career as a drug dealer. He started to push drugs to young people from well-off families. In 1993, Montreal police charged Ofer with seven counts of cocaine possession.

That is the exact moment when at the age of twenty-four, the essential part of Ofer Baazov’s character faced up. His primary interest was not just to cut the dough – Ofer, absorbed in his unbridled vanity, gets special pleasure only by humiliating someone’s dignity. As a man from a lower-class family, he enjoyed the ability to control people of higher financial and social status by getting them hooked on cocaine. He mistakenly attributed this dominance skill to his intelligence, thereby encouraging his boundless narcissism.

Luckily for him he was saved by the Jewish community. Presumably, a long-standing thuggish scheme was used here. Some innocents were fraudulently or through blackmail and threats involved in this case. Ofer’s accusation and liability were shared among several people. Due to that, he received an incredibly lenient sentence. According to Quebec court records, in the year 1995, Ofer was convicted on four counts and sentenced to 90 days in prison. Subsequently, he never graduated from the university.

Vanity is Another Provocative Of Lies

At the same time, marketplace trading was actively evolving in the world. Many scammers instantly began to parasitize in a new flourishing and well-nigh deregulated industry. As a matter of course, Ofer Baazov saw an opportunity for a grand scam and ran his own telemarketing firm. It was registered on his name and the address of the family house on Place des Fleurs. It was a story that could easily became the basis for the famous film “The Wolf of Wall Street”. And it is also a story about how Ofer Baazov was taught his profound life lesson.

He ran into a trouble with the authorities when his telemarketing company came into sight of the FTC. The Federal Trade Commission based in Washington DC, had taken enforcement actions against 80 defendants in an operation Project Jackpot back in 1996. This operation was intended to thwart lime prize promotion telemarketing shady schemes. Ofer Baazov’s company was included in the roundup with a few other related ventures. According to the FTC, they deceptively lured senior citizens all over the American Midwest into buying merchandise for hundreds of thousands of dollars with the false promises of valuable prizes in the future.

Ofer Baazov and Joshua Baazov were named as the owners of the Montreal companies by FTC. In 1997 a United States District Court judge for the Northern District of Ohio ordered these two men to pay restitution payments to victims of their unprincipled scam. The reimbursements were supposed to be $777,000 (U.S. Dollars) There are no records of any restitution payments at the moment. This means that not even a single cent was paid to the victims of criminal schemes or the court.

It appears that the Federal Trade Commission was not aware of the evident fact that Joshua and Ofer Baazov were one and the same person. According to Ofer’s business associates, Ofer Baazov had referred to himself as Joshua or Josh for many years. Apparently, the company was registered to Josh Bazov and Ofer Bazov. He used loopholes in the Canadian registration catalogues (at that time, the registration of the company did not require the submission of a valid passport or personal photo) in order to indicate himself under different names.

All these personalities are Ofer’s aliases he used to change like gloves in different periods of his shady biography. He could have been known as George Baazov in Georgia (thus the name Josh is assimilated in that area), as Joshua in Israel, and as Josh in Canada. Ofer is the name given to him at the Jewish coming of age ritual for boys, the Bar mitzvah. These facts mean that the first fraud occurred at the stage of registration of a legal entity.

At that time, Ofer learned his profound life lesson – to stay behind the curtains all the time.